This script was made out of a simple need: To process whole seasons of files obtained elsewhere (ripped, downloaded, etc.) and, for each file, do the following:

Please consider donating with the button above. This will help us cover expenses for hosting and optimize new versions in the future. 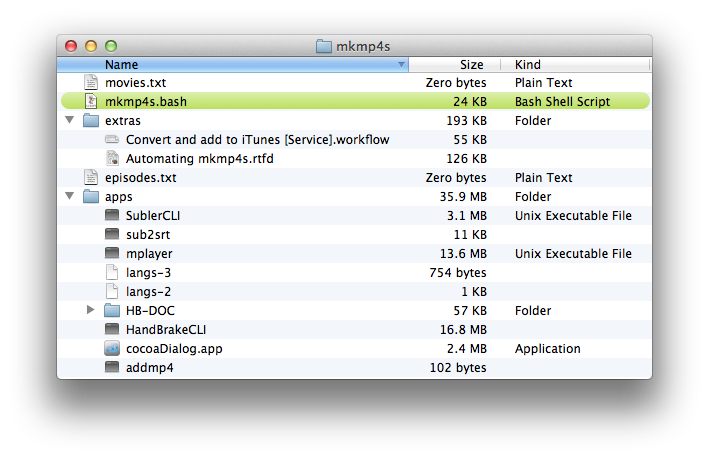 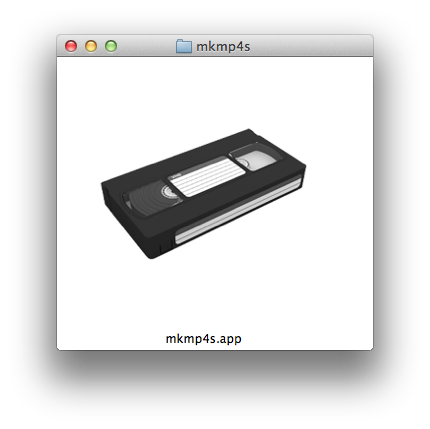 The bash script is designed to be run from the terminal. There are several options:

The script can either run on full automatic mode or, conversely, all options can be tweaked.

Fully automatic Will convert all video files in episodes.txt and movies.txt with default values:
./mkmp4s.bash

Subtitles in SRT format will be embedded in MP4 files. If subtitle is in TXTSUB ((Text .sub files, not SUB/IDX files)) the script will attempt to convert it to SRT and embed it as well.

Subtitles are expected to have the same name as the video file and, optionally, a language prefix between the name and extension (if no language is provided «English» will be assumed). 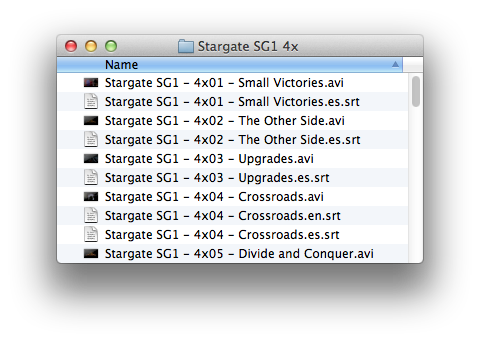 If not explicitly disabled (-n), the last action of the script will be to add the files to iTunes. iTunes will then show the video files properly tagged: 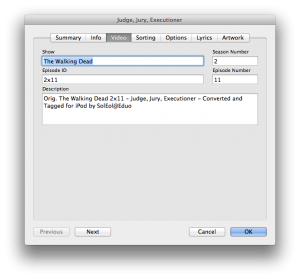 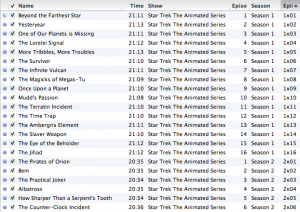 The main advantage of properly naming and tagging becomes apparent when synchronizing iTunes with iOS devices, where iTunes and the devices themselves can manage the seasons intelligently and only include files that haven’t been watched in order: 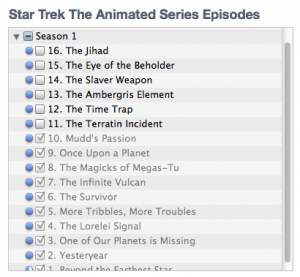 Starting with version 1.56 you can easily integrate mkmp4s into your workflows for automations. Creating a Contextual menu or a Folder Action becomes trivial with Automator.
A couple of sample workflows have been included. Both are almost identical. The «Folder Action» can be attached to a folder and will pick up all «video» files and process them with mkmp4s.bash. The «Service» is probably more useful, in that it can take a group of selected files and appear as a contextual menu, which will pick up all selected and process them.
Fancier automations can be made that show some sort of progress. Suggestions will be included in this section. 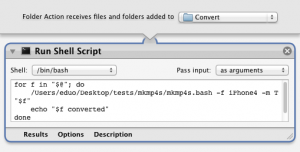